Reproduction of an hotel designed by the most important interior design studios. A space that offers maximum visibility among those responsible for tourist and catering accommodation. 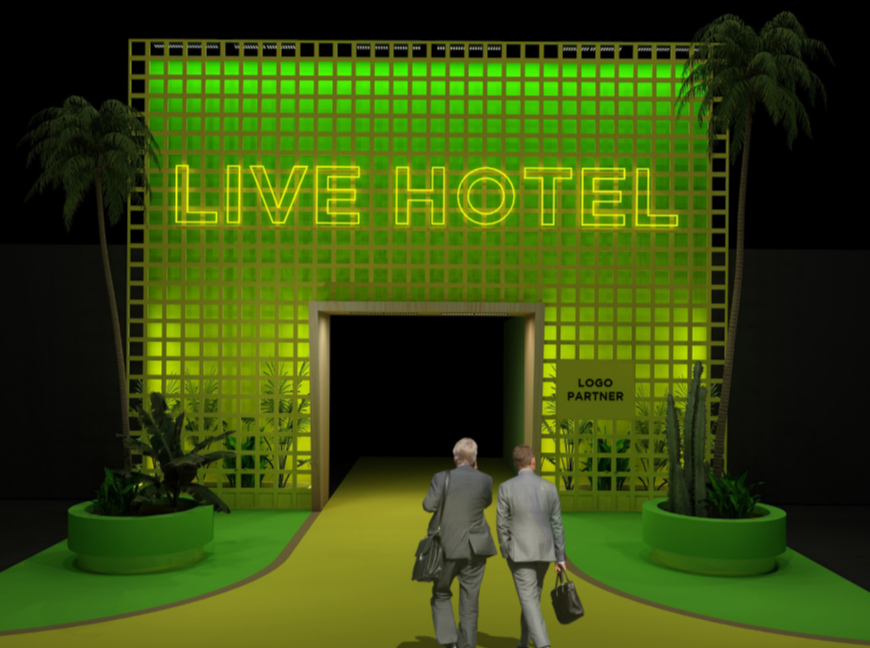 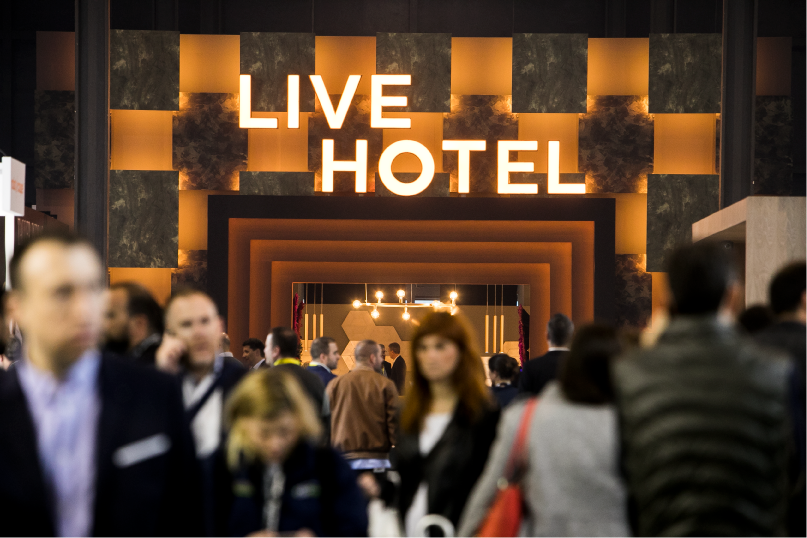 Rooms and business spaces designed by decorators and interior designers

HOSTELCO provides companies with a contract profile several hotel spaces which will allow them to show the latest trends in interior design, decoration, lightning and furniture.

A real scenario with maximum visibility among the hospitality, tourist accommodations, and catering decision-makers.

Under the concepts of: city, nature, space and lights, we developed the project of the suite. All this with Mediterranean characteristics, but always under the prism of luxury and elegance par excellence.

We look to transmit a story based on the set of lights, open spaces and with the nature very present in the center of our concept, the one that we develop in a city of the Mediterranean.

Founded in 2001, DyD Interiorismo develops architecture and interior design projects mainly in the hotel and residential sector. Characterized by the personalization they bring to each project according to their needs.

Meetingreen is a meeting space, not a place for meetings, where you can leave aside the suit, the briefcase, the formality and even the shoes. A natural environment, far from the city and the asphalt. Full of natural vegetation, wood, smell of fresh air, countryside… With environmental sounds and virtual images that generate a relaxed atmosphere where talking about work takes on a different meaning.

Ingenia Group was born in 2014, in Barcelona, as an incubator of united and associated professionals in common and singular projects dedicated exclusively to the realization of projects for the hotel and tourism sector.
Ingenia Group practices a multidisciplinary philosophy open to the development of unique projects, with no restrictions on a particular concept or style and always open to a global, technological, green and daring world through which we look for inspiration.

In Carmela Martí we have been inspired by the marshes to create a unique ecosystem. Just as these animals find refuge in this habitat, we want to recreate a space where the traveller finds that comfort and shelter.

Likewise, we seek to create an experience that serves to make the traveler aware of the importance of the ecosystem in which we find ourselves and the need to use sustainable materials, whose impact on the environment is as small as possible.

At Carmela Martí we are experts in the hospitality sector, specifically on interior design. We were born in 2004, providing textile decoration services within an important group of this sector, with the aim of offering an advice service in textile interior design for hotels, restaurants, residences, and creating environments with personality. Warmth and comfort characteristic of textiles adapted to the needs of each project.

Egue y Seta presents us their version of “Japandi”, the mixture between the Japanese and Nordic style, but with a more urban and colorful touch; a less Zen version, more cheerful and young, “Happyndie” as they call it.

A suite of reconciliation: from colour to neutrals, from intimacy to sociality and from warmth to freshness. Urban joy and sustainability have also been invited to this embrace. 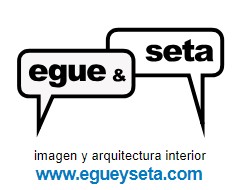 Studio created in 2007 and formed by a multidisciplinary team of architects, technical architects, interior designers, graphic designers and drafters.
We are not just “creatives”: EGUE Y SETA thinks up spaces, objects and promotion strategies; it manages their production, assembly and construction from the design phase to delivery.
In EGUE Y SETA we face the projects from the certainty that the client knows and knows what he needs, likes and considers aesthetic. Therefore we listen carefully, and then we use our experience and training in the task of finding new and functional ways to satisfy such needs.

A polyvalent space that will combine a bedroom and bathroom area with a fitness area, a lobby with a bar, and a coworking space together with a vending area.

All this will be given open spaces to visually enjoy the entire room and the different spaces to meet the needs of the new style of client, with its elements and new communication systems.

Estudio Contract, created more than 25 years ago, designs and projects all kinds of spaces, especially in the contract sector.

It belongs to the Tatay Group, which has furniture, textile, metal and upholstery factories. We give real solutions to every professional in the sector. We help make each of its designs a reality and manufacture them with a personalized result for each studio according to the project and needs. Our strength is based on the “turnkey”.

This could be your hotel’s fitness room. Offer health to your guests with professional equipment that provides quality, safety and variety.

At Oss Fitness we create and design a space dedicated to the fitness and health of guests, where the hotel makes a clear difference compared to its competitors. We adapt to the needs of each client in order to design the most suitable fitness space for their business, whether they are urban hotels, rural hotels, holiday resorts, agritourism or even campsites and residential areas.

The satisfaction and tranquillity of our clients is very important to us and that is why we take care of everything: room design, equipment layout, assembly, tuning and technical service throughout Spain.

From Oss Fitness we want to bring new value with our equipment, adapting to the needs of the client, improving the profitability of this new space and with it the benefits for its users.

Suite designed to create different spaces without interrupting the visual line and therefore respecting the continuity of light that allows us to have a greater perception of the space in a global way.

The suite has different uses and the resolution of this challenge through technological support is fundamental to its success, although the greatest achievement is to be able to reach it by maintaining a warm atmosphere and without technology adding a complication to the experience of the suite. A highly equipped environment that manages to release quality and be welcoming with the highest benefits. 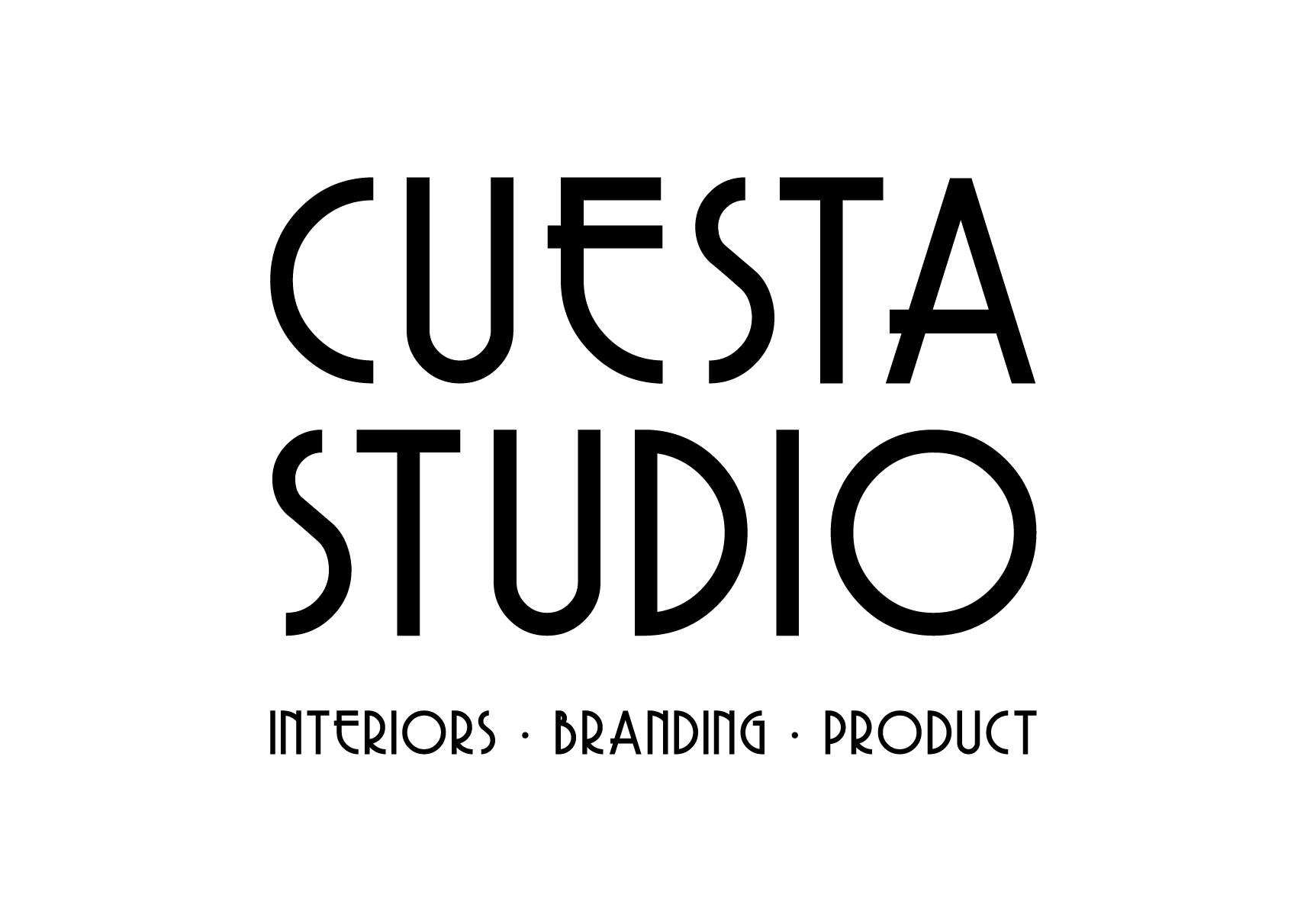 Used to the execution of projects at international level and despite having a greater weight inside the Horeca channel, especially in the boutique sector, we have enjoyed different challenges for clients as diverse as RedBull, Bentley or the royal family of Qatar.

LOBBY AND TECNOLOGICAL ROOM BY CEHAT-ITH

CEHAT and ITH show how the room and the reception of the future will be. Spaces where technology is not incompatible with that human touch that makes it more comfortable.

The technology facilitates processes, it allows us to know our client better, it helps in the service that is given to him, but it is never going to replace what a kind smile achieves, a human and close treatment is what is going to mark the difference when our client needs our help or has a problem.

In a sector like tourism, where there are people at the service of people, technology serves to make that magic that allows to make reality that unique experience that we all are looking for.

Interior Designer and founding partner of the vilablanch studio. Member of the Board of Arquinfad, Interdisciplinary Space Design Association

Responsible for the Technical Cabinet in the General Council of Technical Architecture of Spain.

Influencer of the hospitality sector

Her studio carries out projects for interior residential spaces, retail, offices… In short, spaces where people develop their activities. Working for society, improving its quality of life and well-being is one of its principles and objectives. Doing it with sensitivity, personalizing each project, using materials and techniques that respond to needs and act from reason and common sense, are aspects present in all projects.
Director of the studio Teresa Casas Disseny d’interiors.
She studied interior design in Barcelona and opened her professional studio in 1985.
She has always been involved in the CODIC – College of Interior Designers of Catalonia first in the governing board of the Demarcation of Girona, which was president and currently as Dean of the College of Interior Designers of Catalonia.
She is also President of the General Council of Interior Designers Colleges of Spain and a member of the governing board of ECIA – European Council of Interior Architects.
During her professional career she has participated in different conferences and debates. In teaching, she has taught in design schools and universities, collaborating at the same time in professional acts and acting as a jury in both national and international awards.
She has written opinion articles in different media and his works have also been published in many of them.

Ramón Estalellla holds a degree in Law from CEU, an Executive MBA from the Instituto Empresa and a Diploma in Tax Consultancy. He has also attended courses at various European universities on International Finance, Human Resources, Business Ethics and Marketing.

He has worked in several areas, such as finance (Aon Gil and Carvajal), industrial (Firestone), healthcare (Hospiten) and tourism (Ashotel, Zontur).

Degree in Law and Diploma in European Union Law by Universidad Complutense de Madrid, Diploma in Accounting and Taxation by C.E.C.O. Chamber of Commerce of Madrid and Diploma in Economic Management of Foundations by the Luis Vives Foundation.

Agnès Blanch is a founding partner of the vilablanch studio. Interior Designer, graduated from the Massana School of Arts and Crafts in Barcelona and holds a Master in Ephemeral Architecture from the UPC/Elisava. Since 1995 she has been working as an interior designer, carrying out interior architecture projects and executing works in homes and commercial premises. In 1999, together with Elina Vilá, he set up the interior architecture studio vilablanch. In 2017 he became a member of the Board of Directors of ArquinFAD.

Vilablanch is a benchmark interior design studio with a consolidated track record in carrying out interior architecture projects in homes, offices and shops, both in spaces of great heritage value and in new buildings. After 20 years of trajectory and a team of 14 architects and interior designers, vilablanch has earned the trust of a large number of national and international clients. Among them, companies such as Sony, Mediapro, Grupo Puig, Gallina Blanca, Álvaro Palacios, Solvia or Bonavista Developments. Among its most prestigious residential projects is the Casa Burés de Barcelona, a real modernist jewel of the city that has been awarded nationally and internationally.

Collegiate Technical Architect, Head of the Technical Cabinet of the General Council of Technical Architecture of Spain, Professor at the Polytechnic University of Madrid. Industrial Organisation Engineer, PhD in the technological innovation in building programme at the Madrid School of Building, European Building Expert.

Mercadologist, advisor on Luxury experience for hotels and creator of digital content.
He has worked with the main hotel chains in the world in countries such as Spain, Mexico, Colombia, Argentina, Brazil, United States, France, Croatia, Costa Rica, among others.
He is a TV and Radio columnist about luxury hotels and a reference in the segment in Latin America.