The restaurant becomes a showcase

A widespread trend in the catering industry is to show customers what’s going on in the kitchen. Consumers increasingly want to know more and be more involved in the process of preparing their dishes. In this article, we review and recall some of the business models which have turned their “showcases” into essential components of their restaurants.

We’re not going to discuss a new concept on this occasion. It’s not a catering business model, but rather a trend visible in many establishments, with different concepts and geared towards different audiences.

It may be due to the fad of television shows with contests showing us what takes place in the kitchen, or the proliferation of training programmes, or because the consumers of today want to learn more about how food is prepared, or simply because a comprehensive gastronomic experience should necessarily include the moment in which the product is made (all or at least part of it).

The point is that different business models are increasingly choosing to display some of their cooking processes which, until now, have been concealed within the four walls of their kitchens. The common thread throughout this article is the restaurants which, as an added value for their customers, show the process of preparing or cooking their products. 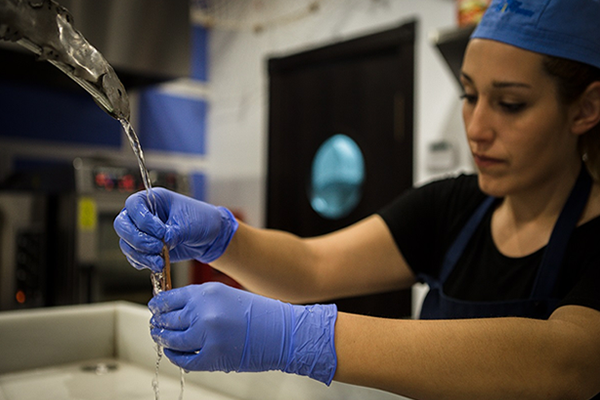 In an interview with us a few months ago, Begoña Rodrigo stated that when her guests see an open kitchen, a special situation is created: “People don’t talk, they just watch what we’re doing and how we do it, as it’s all very new for them”. She was referring to what occurs at Nómada, her restaurant located at the Bonaire Shopping Centre in Aldaia (Valencia). Diners sitting at the bar can enjoy the live show of watching the kitchen team preparing spectacular dishes, including a pastrami cooked on a smoker and a goulash burger placed on a revolving plate while they pour sauce over it.

It’s not the only place with such a formula in the city. Fierro, a restaurant with a single table, was also built with an open kitchen, enabling diners to see what’s happening in a space that was previously out of bounds.

This concept has been exploited to the full by Dabiz Muñoz at StreetXo, where diners can enjoy their food at the bar while being amazed by what’s going on inside. The kitchen team works at full speed. The experience is absolutely mesmerizing.

Other restaurants without open kitchens invite their tasting menu clientèle to wander through their cooking areas to try some of the dishes. For example, Mario Sandoval did so at Coque de Humanes. Upon arrival, his customers entered the wine cellar and, before reaching the room where they would taste most of the dishes on offer, they visited the kitchen to try others and to observe the work going on there. This activity is common in restaurants serving fine cuisine. Quite a treat for foodies.

A showcase without a kitchen

Two months ago we mentioned what goes on at a new eatery in Madrid. At Juliettas de Hermosilla, a very different concept from the ones above, they serve breakfast, brunch, afternoon snacks and what is known as “brinner”, a combination of lunch and dinner. The product is healthy and high quality.

In this case, Juliettas shows how some of its products are prepared inside the bar. And not only its famed Iberian ham sandwiches, already known to its customers, are prepared in front of everyone. For example, pastries called roscones de Reyes are filled live, a show which draws customer’s attention. 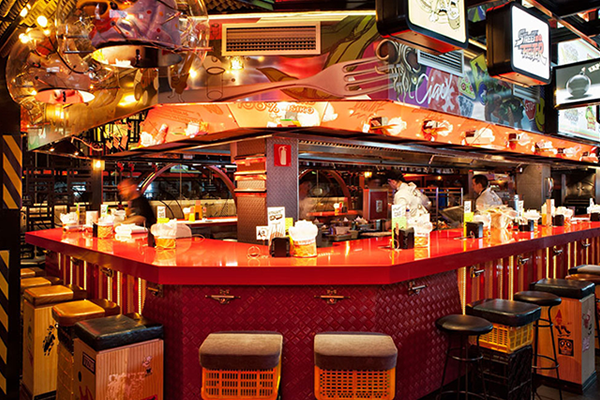 Specialised catering businesses are also introducing the trend of showing customers the preparation of their products as an added value and a way to differentiate themselves from the competition.

Bodega La Fuente is a business model in operation since 2012 in Cartagena (Murcia) which has begun to franchise. It’s a traditional establishment where the speciality is the Santoña anchovy. There is no kitchen or table service, you pay when you’re served and the menu is very niche. It now has 10 branches located in Madrid, Valencia, Murcia, Alicante and Castellón.

What makes this business form part of the list of those which display their dish-making processes is that the last step in the preparation of the anchovy is performed in the restaurant itself, in full view of the customers.

The salting process takes place over 6 to 8 months in the company’s premises in Santoña. The anchovies then arrive at the restaurant and are cleaned in a show that complements the gastronomic experience.

One of the great attractions for visitors to Bodega La Fuente is that they can observe the cleaning of the anchovies. “The show we put on makes us distinctive. Very few people have seen how this cleaning process is performed and our customers are usually delighted when they leave”, declares Juan Antonio Sánchez, expansion manager for the restaurant.

The franchise manager states that there are three main reasons why the anchovies are cleaned on the spot at the restaurant: marketing, savings and quality. “We save on the cleaning costs at source, and a product that is prepared and cleaned just before it’s eaten is much fresher than one eaten four or five months after it’s been packaged”.