Restaurants for nomadic workers: the evolution of co-working

A new restaurant concept has appeared on the scene, with the kitchen open all day and with a design that suits workers who need the space as an improvised office. Cobicuo, a digital platform brings them together in its app to make them available to “nomadic workers”.

How many business meetings take place in cafés, bars, and restaurants? This trend has multiplied in recent years with the emergence of new professions and companies linked to technology and entrepreneurship.

Coinciding with the rise of co-working spaces, bars and restaurants have also become a place of pilgrimage for “nomadic workers”. Between service hours, the tables that will later be filled with dishes and food are used to hold business meetings and for the increasingly popular video calls in which the Wi-Fi provided by some of these premises is essential, or simply to complete reports, send emails, etc. 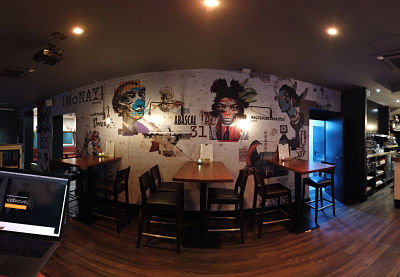 The hotel and catering sector has taken up the challenge, and a new concept of restaurants that offer facilities and services tailored to the needs of these workers is emerging. Cobicuo is the first Spanish platform that brings together restaurants in a network of spaces among which “nomadic workers” can choose and reserve a workstation for a few hours for a fixed monthly fee. “This is collaborative economics. To restaurants, at no cost, we bring people who need a comfortable place to work and meet in their off-peak hours. This increases awareness of their restaurant, and consumption during these underutilized times”, explains Miguel Moya, Co-founder and CEO of Cobicuo.

The platform is operational in the beta phase and has 13 restaurants in down town Madrid. Among the premises available are small chains and other independent ones such as Bowl Bar, Monay, and Siracusa. “Our vision is global; we want to validate the idea in Madrid with the first customers and expand where this concept can be useful”.

Bowl Bar, a new concept that emerged at the beginning of 2019 in Madrid (28 Quintana Street) in which the bowl in its different variants is the star of the show, is making its tables profitable at times of less traffic thanks to this “nomadic worker” profile. Its opening hours are from 9:30 a.m. to midnight. Its sales peaks are, of course, during lunch and dinner hours, although the kitchen works without interruption, offering breakfast, brunch, snacks, lunch, dinner, and snacks.

In March 2019, Bowl Bar was registered in the Cobicuo platform to boost consumption in off-peak hours, a trend that they had detected from the very moment of its opening. “Bowl Bar is a place thought and designed for this concept: a meeting space, open with sofa benches to spend hours, with many low tables, power sockets for charging computers, and with a gastronomic offering that includes all hours of the day. It’s very similar to co-working, but it’s a bar”, explains Gon Hierro, co-owner of Bowl Bar. 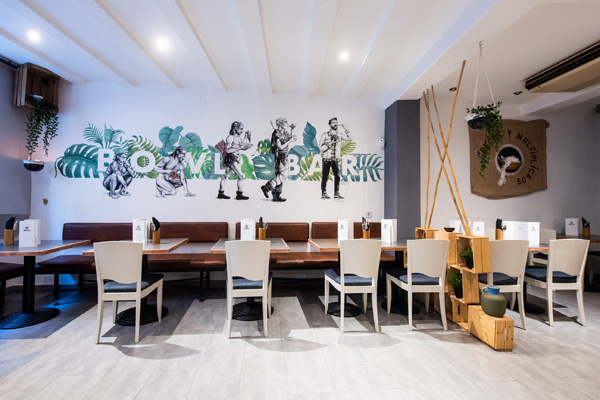 The increase in competition in the restaurant sector is causing the emergence of these concepts that seek to attract customers during low consumption hours. According to Cobicuo’s calculations, attracting the “nomadic worker” profile can make these hours profitable: “In the tests that we have done, customers have consumed over 10 Euros in a range of between 1 and 3 hours. During that time, it’s normal for them to be hungry or thirsty, and end up ordering”, says Miguel Moya.

Technology, a major enhancer of this concept

“Cobicuo is like a distributed or de-localized business club in which our goal is to boost productivity”. This is how Miguel Moya, CEO of the platform, defines it. Its efforts are focused on making life easier for those “nomadic workers” who need a quality space for a few hours in one place in the city today, and in another tomorrow.

The platform establishes filters to find a restaurant for the customer that adapts to his or her needs: silence, Wi-Fi quality, space for meetings, etc. In the case of Bowl Bar, it can accommodate up to 40 people. The application makes it possible to organise oneself in many ways, allowing the space to be used between 10:00 am and 1:00 pm, and 5:00 pm to 8:00 pm in the evenings. They have power sockets for charging computers, mobile phones or tablets, large tables to spread out papers or have meetings. “It gives us visibility in the app; the customer profile is what we’re looking for and it works very well in off-peak hours”, explains Gon Hierro, co-owner of Bowl Bar.